All roads take me to the….GOOD LIFE. Its some kind of medicine in times of crisis to remember that all roads take us to the GOODLIFE. Enjoy my Remix, Release will be in late October 2020.

Ashram – a new label in Berlin run by Techno Türken Crew member Cetin Sahin focusing on ethno House and Techno asked for a remix and here we go. I really liked their successful first release provided by Zigan Aldi and Il Civetto (no, no details about späti sessions with some of the folks and our graphic artist ;-)) Its all deeply rooted in the neighborhood around in the cosy Klunkerkranich (a wonderland on a rooftop, and probably one of the few clubs in the world with a good cup of tea). And so is the music, hear me go mild and remixing some organic sounds into a magic carpet ride. 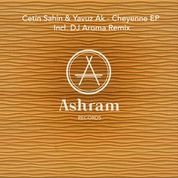 More DJ Aroma on the WWW:


Listen to music at:

How does it sound ?

Think of happyness, meeting nice ones, dancing barefooted, smelling the sun, splashes of water, the sound of icecubes , gentle wind and moving beats.